Over Easter Break I was home from school with my family.  And I was experiencing a bit of an emotional low, which of course my parents didn’t notice because you can defiantly hide things from your mother. Just kidding, you can’t hide anything from my mother.  We call her, “The Great Eye,” because she knows all and sees all.

In talking with them I expressed some of the frustration and anxiety that I was feeling about things like finding a summer internship and disappointing people.  Often in these conversations (particularly the ones about jobs) people try to help by saying something like, “there is something better waiting for you.”  And while this is good and true advice, God does indeed work all things together for the good of those that love Him, my parents also added a little something else.  They told me to stop worrying about the results and start enjoying the process.

Photo by Pixabay on Pexels.com

They reminded me that God is working all things together for my good, and that in order to truly trust that, I need to stop worrying.  Life is a journey not a destination. There is, of course, a place for living faithfully.  But my Mom reminded me that that looks more like getting up every day and doing the best I can, the rest comes in time.

See this past year my family has been going through a somewhat scary time of turmoil.  My Dad lost his job and my parents sold their house and moved in with my grandmother.  But now God has given my Dad a new job, and my family a new house.  And as my Mom said, “that would have been a great time to worry, but I look back at this year and all I can see is how good God has been to us.”

And indeed, in spite of all my worry, God has been good to me to.

Until Next Time, Stay Out of Trouble!

So, we’re going to do something a little different this week. I have worked in customer service fore about 3 years now, and I thought it might be fun to share some of those stories with you from time to time.  This week is the tale of the Elderly man.

I’ve had a few awkward experiences with grandpa-aged men.  Now, you might think that when these men reach grandpa-age, life would have taught them something about wisdom and discretion, but that is not always the case.  Sometimes senility starts to set in and they forget everything they’ve ever learned about talking to people, particularly young ladies. 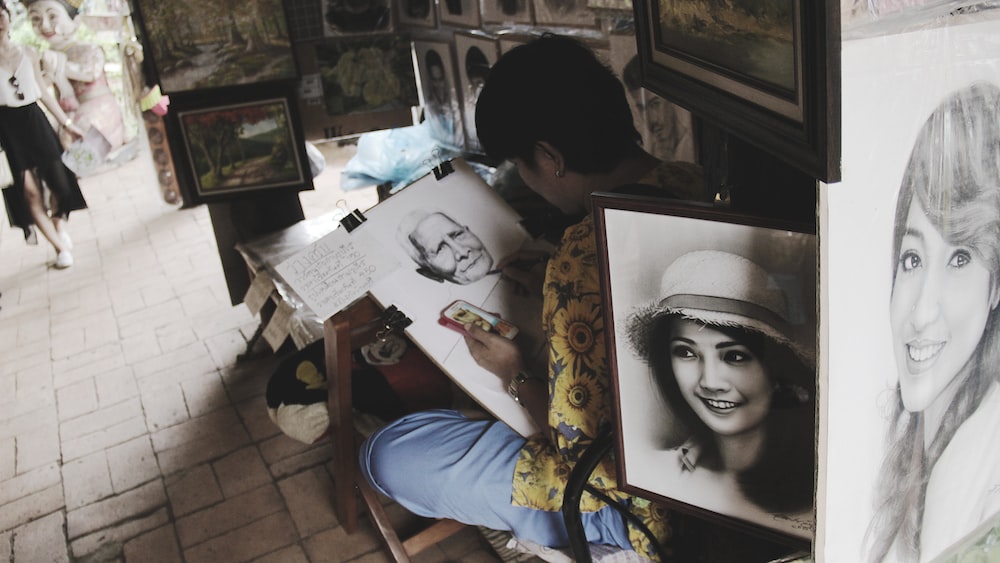 I work as a hostess, so you might think that not much can happen in the short walk from the lobby to the table.  Again, I’m here to say, that’s not always the case.  I have had several old men pinch my cheeks, like I’m their granddaughter, or take hold of my arm as I walk them to the table, and other such things that cause mild discomfort, especially since I am someone that does not like to be touched.  But sometimes the things that these men say, are so much worse than them touching me.  There is one particular instance I will never forget.

There was a party of four, two couples, all grandparent-aged people. And as I walked them back to the table one of the men kept making uncomfortable comments about how small my waist was.  I merely ignored it, and tried to get them to their table as quickly as possible (which was difficult since they walked rather slowly).  Nonetheless, I finally got them to their table, when, as I am setting the menus down, this man turns to a woman, who I assume was his wife, and says to her, “Remember when you were as small as that?”  Regardless of whether or not this woman was his wife, what a terrible thing to say to her?!

People are so much more than the shape of their bodies.  Everyone is made differently, and everybody is made to look different (men and women a like).  God designed each human form uniquely, so that every person on this planet can reflect Him in a special way.  His desire is not to to have a world of tiny women, and buff men.  His desire is to have a world of healthy people, of all shapes and sizes, who steward their bodies well.  I believe we ought to encourage one another to care for our bodies well: to sleep enough and to eat our fruits and vegetables.

So I have a proposition: together, let’s practice viewing ourselves and all the people around as as beautiful parts of God’s creation, and in that let’s remember the call to be good stewards.

Thanks for Reading! Until Next Time, Stay Out of Trouble.

Photo by Jean-Pierre Brungs on Unsplash

So I have a secret to share with you: I have a pretty serious obsession with office supplies.  This is something I got from my mother, who is an enabler.  Last year for Christmas she got me the greatest set of pens, the no-bleed sharpie pens.  This year for Christmas she got me a post-it note dispenser and 2 6-packs of post-it notes.  The list could go on, but the point is I LOVE office-supplies.

On my desk I have a bin for regular post-it notes and a post-it note dispenser, 3 buckets of multi-colored pens, mechanical pencils, paper clips, et cetera.  Now, you might think this is a problem and that I should get professional help, and that is where you would be wrong.  This week I was furthered enabled in my obsession, and I think it is a sign from God. 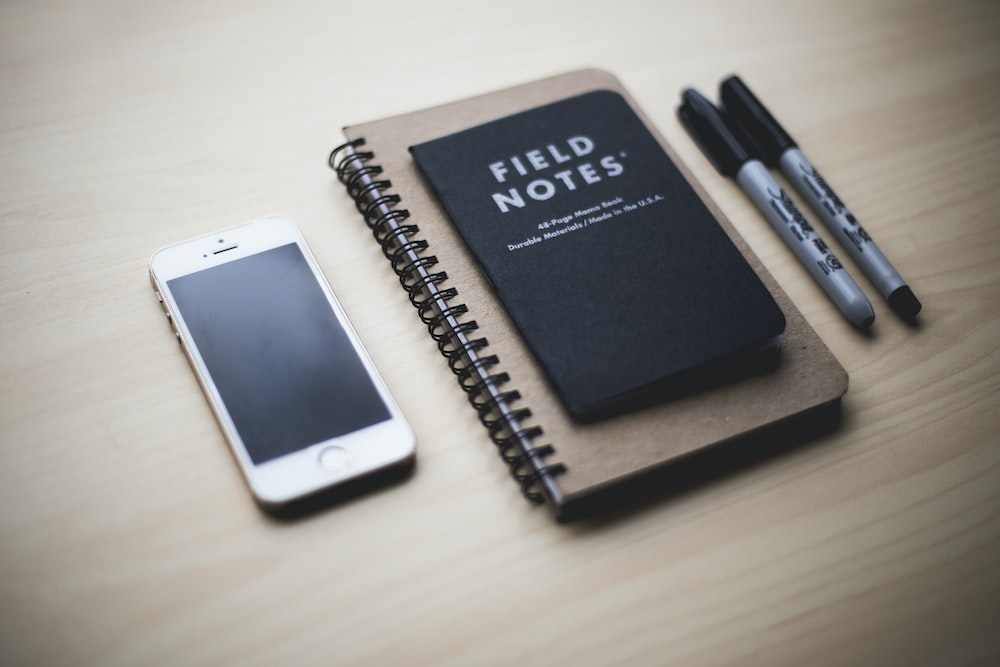 I never, ever go anywhere without my tool-kit: at least two writing utensils and a notepad.  But this week, somehow I left my pencil-case at home.  I found myself in class, with no writing utensil.  Thankfully a friend of mine loaned me a pen, but I realized later, there was a purple pen sitting on the table next to me the whole time.

At first I thought this belonged to my friend, so I told her not to forget it.  But the pen wasn’t hers, it had been abandoned.  So, I decided to rescue it, and now, it is my new favorite pen.  I truly do believe that this whole instance was providential.  Purple is my favorite color, I needed a writing utensil, and God so happened to leave a purple pen, on my desk, in my time of need.

The point of this little tale is, if you have a deep and abiding love of office-supplies, feed it.  And if you are the person from whom I stole this pen, you have great taste in office supplies.

Thanks for Reading! Until Next Time, Stay Out of Trouble.

Photo By: Kari Shea on Unsplash

People flocked to the fountain and its cooling spray.
Its bubbling spring with no detectable source,
was something within her that sprang forth,
calming the masses and offering hope.

She knew of the river the flowed within her,
encouraging, demanding, loving, but stern.
The sound of the river offered her peace
and people were comforted by her serene face.

Abundantly joyful, unbreakably strong
her presence could make days less hard, less long.
She was loved and hated by those in her mist,
but the river always flowed and the fountain had no rest.

So the monument stands, effervescent with hope.
The people, they flock, for its source do they grope.
The fountains a guide to the river that flows,
in each person it touches a bubbling spring grows.

So last night I was so blessed to be able to cross off the number two thing on my Bucket list.  I got to see Bon Jovi, my absolute favorite band, live, in concert.  It was the most fantastic experience of my entire life.  When the opening band came out on stage I suddenly got very emotional.  You see my mom introduced me to Bon Jovi at a young age.  I’ve been listening to him my whole life and so many of his songs help me express my feelings.  I have been dreaming about this day for as long as I can remember and it finally came!  I honestly was on the verge of tears when I realized my lifelong dream was about to come true; I was about to be in the presence of Jon Bon Jovi!

As I fought back these tears another realization hit me.  If this is what it is like being in the presence of Bon Jovi, how much more fantastic will it be for me when I am in the presence of God?!  Do not misunderstand me, I am not equating Bon Jovi to God, but I am drawing a parallel between the experiences I have had with each of them.  As I already mentioned I grew up singing Bon Jovi songs, waiting for the day I would get to see him perform live.  Similarly, I was raised in a loving, Christian home.  I grew up reading God’s word, singing His praises and I continually wait for the day I will get to be in His glorious presence.  If I almost cried at a Bon Jovi concert, I cannot imagine what an emotional wreck I will be when God finally calls me into His glorious presence, and you know what?  I can’t wait!